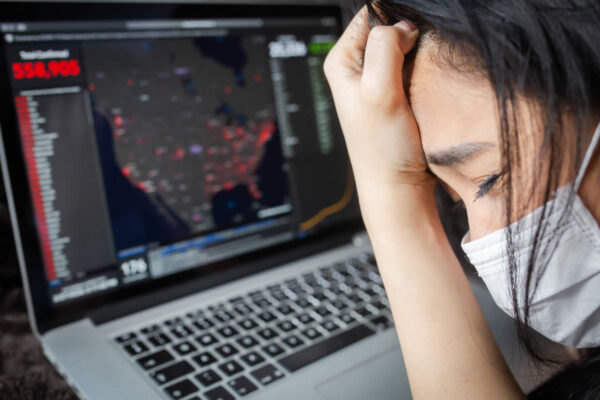 Have you ever heard the phrase, “ I have a gut feeling”? This saying has more meaning than you may realize.

Over the past few decades, researchers have worked to unravel the delicate connections between the human gastrointestinal (GI) microbiota and the brain. The bidirectional communication along the gut-brain axis involves many organ systems, including the endocrine, immune, autonomic, central (CNS), and enteric nervous systems (ENS), with the intestinal microbiota influencing those interactions. The ENS is able to operate GI function independently of the CNS; however, many of the pathways and neurotransmitters are similar between the nervous systems in the brain and the gut. The connections between brain and gut abound, which can be seen in the dysfunctions that often unite them. Many neurological and mood disorders often have enteric manifestations, GI disorders may present neurological and psychiatric symptoms, and psychological stress may adversely impact microbiome balance and GI function.

Research suggests that stress not only alters intestinal mucosa permeability and cytokine secretion, but stress may also significantly change the community structure and activity of the commensal microbiota in the gut. In turn, considering the bidirectional interaction of the gut-brain axis, gut microbiota potentially influence stress-related physiologic responses.

Serotonin and catecholamines such as norepinephrine, epinephrine, and dopamine are active in the brain as well as in the gut. Research suggests that these neurotransmitters regulate not only blood flow, but influence gut motility, nutrient absorption, the GI innate immune system, and the microbiome. Studies suggest that stress-mediated changes, like changes in the level of catecholamines, may shift the microbial colonization patterns of the intestine and alter one’s susceptibility to infection. Conversely, changes in the microbiome may lead to a spectrum of other physiological changes, including HPA activation and altered autonomic nervous system (ANS) responses.

In addition to neurotransmitters, peptide hormones released from the gut also contribute to the bidirectional gut-brain communication through binding receptors on immune cells and vagus nerve terminals.  Research also suggests that gut peptide concentrations are modulated by enteric microbiota signals, and may actually vary according to the microbiota composition. In this communication context, research suggests that gut microbiota play a role in regulating stress-related conditions such as anxiety and depression. Other examples include the following:

A cornerstone of Functional Medicine is the development of personalized treatment strategies that address root causes of chronic conditions, and stress is one of the modifiable lifestyle factors that may be addressed in a patient’s intervention. Transforming the body’s response to stress may lead to more positive health outcomes, and research suggests that some techniques have the potential power to bolster immune function,15 strengthening overall resilience.

A recent review evaluated the effectiveness of stress management for inflammatory bowel disease (IBD), a chronic intestinal inflammatory condition associated with dysfunctional interactions between the gut and the brain.7 While there are inconsistencies among studies, many found that stress management techniques such as the following had beneficial effects on inflammatory activity, anxiety status, and quality of life in IBD patients:

Exercise is another lifestyle strategy that may mitigate the detrimental impact of stress, and in general, moderate exercise is considered a positive modulator of gut microbiota biodiversity. As a low-cost and effective stress reduction treatment, incorporating an appropriate exercise program into an intervention strategy may increase enteric microbial species and metabolites that have stress-protective properties.

Some smaller human studies have investigated the effect of prebiotic and probiotic interventions on stress-related conditions and found the following: